In my opinion adverbs are equally as important as the verbs they describe.

A verb contains no information other than if it’s a fact about an action/state or the action/state in progress.

Only an adverb can give the details needed for how that action or state is done. Without them the language is boring, sterile.

Adverbs fall into 3 main categories.
Frequency
To tell us how often the action is performed or state is reached.
Used in all tenses.
example
She always feels sick when we travel by car.

Intensity
To tell us about the action/state’s strength, depth, impact and importance
Used in all tenses
example
He walked slowly to the door.

Narrative
To tell us emotional, metaphorical information about the action/state.
Used in all tenses
example
He walked painfully to the car.

Order
This is very complex and I would recommend that you put the adverb after the verb. There are some intensifying adverbs that must go before the verb, for example hardly.

There are many verbs that cannot go before the verb but this is because of the nature of the verb and usage.
example
The bell rang loudly. Yes
The bell loudly rang. Grammatically Yes. Usage No.

Some adverbs can be put both before and after the verb but there is a shift of emphasis.
example
They quickly kissed. = the time before they kissed was very short.
They kissed quickly. = the kiss was very short.

Adverbs that are also adjectives.
A good example of this is hard/hardly.

Hard as an adjective describes difficulty.
example
The exam was hard.

Hard as an adverb is an intensifier.
example
He studied hard for the exam.

Hardly is an intensifying adverb meaning very little.
example
He hardly studied for his exam.

Irregular adverbs
Most adverbs are formed by adding the suffix ly to an adjective but not all.

Adverbs + Adjectives
We tend to use intensifiers a lot with adjectives. They always go before the adjective.
example
She is suitably skilled for the job.

The only problem is understanding that you cannot use all intensifying adverbs with every adjective. Because of this we have extreme adjectives and extreme intensifiers.

0-90% intensity
A little, Quite, Fairly, Rather, Very, Incredibly

These adverbs must then be used with the correct adjective depending on the adjectives own intensity.

For example – with heat
0-90%
warm, hot
It was a rather hot day90-100%
boiling, roasting, sweltering, scorching
It was scorching weather.

Really
Really is an exception and can be used to intensify all adjectives.

Some adverbs can be tricky to use because their function changes depending on context and even intonation.
For example.
A bit
Positive – quantifier
example
A bit of milk. = some milk 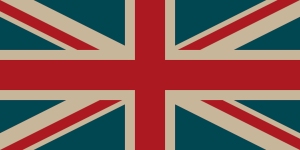 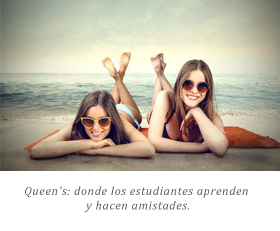